God plays no favoritism—God is not partial neither does he show favoritism.

“You are the sons of the Lord your God. You shall not cut yourselves or make any baldness on your foreheads for the dead. For you are a people holy to the Lord your God, and the Lord has chosen you to be a people for his treasured possession, out of all the peoples who are on the face of the earth”—Deuteronomy 14:1-2

Predestination is God’s work, which saved us and called us to a holy calling, because of His purpose and grace, and all events have been willed by God. God sent us to be drawn to Christ Jesus and Son’s response “No one can come to me unless the Father who sent me draws him” which is the word of the Son. He cannot refuse the individual/s sent by the Father to come to him (Son). “When the Gentiles heard this, they began rejoicing and glorifying the word of the Lord, and as many as were appointed to eternal life believed.”—Acts 13:48.

The fortunate can travel the whole world, see beautiful places and eat delicious and healthy foods; they can afford to live in luxury, gives tips to those who serve them and yet after the end of the day, they go back to rest their tired bodies and go sleep as any other individuals would do. The rich need to help the poor because without them, how can they called themselves rich.

The rich need to share their blessings with the poor. This world makes the rich richer and the poor poorer, and why is that happening? Money makes money, the power of money can flatten a mountain! Money influenced the righteous mind to go wicked. The power of money can build islands that God did not make and create, and He allows it, but why? Only God knows. God shortened the days of human lives because human tends to do the work tomorrow rather work what they can do today. We should come near to God every day for tomorrow may be too late.

Do God allows it to happen because they are God’s favorite?  I believe it is not so. God allows things to happen so that people that He predestined rise and do what they are supposed to do to draw the unrepented near to God. God is not slow to come to judge the living and the dead but it is His patience in waiting towards our change of heart and His wishes, not anyone should perish. The Lord God is not slow to fulfill His promises, it is our fault that we cannot understand how He loved us. He is waiting for us to reach repentance even the wicked for the day of trouble needs to reach to repentance to be with Him Forever. The LORD made everything for its purpose. His master plan cannot be overwritten.

And if the Lord had not shortened the days of the floods, no human being would be saved. But for the sake of whom he has chosen to reset human lives He did. God clearly said to Moses, “I will have mercy on which I have mercy, and I will have compassion on which I have compassion.” The flood in Noah’s time should serve as a reminder to Moses and his people to walk away from wickedness;  then later Moses received the commandment from God for his (Moses) people to follow.

“Whoever is kind to the poor lends to the LORD, and he will reward them for what they have done.” Proverbs 19:17 (NIV). God wants these poor people to be closed to our hearts and the only word I can say about favoritism is about His love towards mankind especially the less fortunate. God also said that those who are giving gifts to the rich will surely lead to poverty. James said that judgment without mercy will be shown to anyone who has not been merciful.

Do not oppress the poor to increase your wealth and remember that mercy defeats judgment. God’s mercy can never be replaced even His judgment. God has priorities and no surprises, it is His word that is transparently written that needs to be properly interpreted and understand what He reveals and what He conceals…

Neither Jews nor Gentiles, God does not play favoritism. Though as it is written that the LORD has chosen Israel, it does not mean that God will put the Gentiles on the other side of His hands. For God so loved the world that He gave his one and only Son, that whoever believes in him shall not perish but have eternal life— John 3:16. A sacred assurance for all who believe will have eternal life. The is a universal message and we cannot deny that we are part of it and not only Jews.

Either you believe that the Son Jesus is a God, a prophet, a king, or a man, what matters is your obedience stated in John 3:16 and likewise “He who receives you receives Me, and he who receives Me receives the One who sent Me… Matthew 10:40-42

in Hebrew 11:6—“And without faith, it is impossible to please God, for whoever would draw near to God must believe that he exists and that He rewards those who seek Him.” 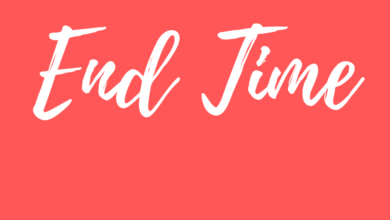