Formed, Create, and Made needs differentiation. Isaiah 43:6-8 says; “I will say to the north, ‘Give them up!’ And to the south, ‘Do not hold them back.’ Bring My sons from afar And My daughters from the ends of the earth, 7 Everyone who is called by My name, And whom I have created for My glory, Whom I have formed, even whom I have made.” 8 Bring out the people who are blind, even though they have eyes, And the deaf, even though they have ears.

Isaiah 45:6-8 “That men may know from the rising to the setting of the sun that there is no one besides Me. I am the LORD, and there is no other, 7The One forming light and creating darkness, Causing well-being and creating calamity; I am the LORD who does all these. 8″Drip down, O heavens, from above, and let the clouds pour down righteousness; Let the earth open up and salvation bear fruit, And righteousness spring up with it. I, the LORD, have created it.

School of thought: If Adam is the son of God, then who are we? Ans: sons of God

Why God expelled Adam out of the garden and put two angels to guard the gate? Ans: Disobedience; The Angels will keep the gate safe from unrighteous acts until the Son of God rules the earth.

Did Adam ask forgiveness for his sin? Remember in the garden, that if they eat the forbidden fruit they are going to die. Did they die? N
When was repentance kicked off and why do we still keep on sinning? Ans: Repentance begins when we realize the sin and ask for forgiveness. Why we are sinning is due to the perfect imperfection that we inherited after the fall.

Are we the products of God creations (intended) or by-products (unintended); (Genesis 5:3)? Because of God’s original creation, we became the by-product of His creation.

2nd Adam explained in Leviticus 6:3-5 must restore what was stolen. The totality of the meaning was not revealed to Paul at that time or Paul has a personal reservation.

Made- to become, constructed, manufactured formed – bring together parts or combine to create. Create- bring into existence. These words were transliterated to English words for modern readers. 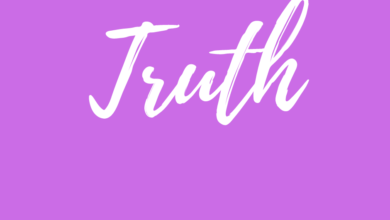 From Grace to Grace

Fellowship and what it does