Spiritual involves faith which is the substance within which we do not see it with our own eyes.  It involves hope and love alone and it will not work without hope and love that our physical body can provide.  We can be justified by faith alone believing with the Son Jesus, but placing the Son before the Father will definitely be a problem even just seeing the gate of heaven.

Remember Moses when he was not allowed to enter the Promise Land, he just saw the promised land on top of the mountain.  Base on the scripture, God the Father will not share his glory to others In Isaiah 42:8.   God states, “I am the LORD, that is my name; I will not give My glory to another, Nor My praise to graven images” (NASB).

All the glory belongs to Him and He will not share this with anyone.  We can understand from the context that the glory that God does is not shared with anyone else because the glory only belongs to the Creator God Almighty– the Judge of all mankind.  Aside from glory, it can also be translated to honor or dignity.  How can He share His divine claim and later it comes back void because of the disobedience of man?

In Isaiah 42:8 and 48:11, this is a particular kind of glory that is not shared with anyone else. This glory only belongs to Him or His word will be broken.  It is very well emphasized, that He will not give his glory to anyone else.

When the Son finished His mission on the cross, He ascended to heaven and seated at the right hand of the Father, and we can make a point that the Son received the glory that belongs to Him for that certain mission to save the world and reconcile the lost souls back to Him.  This is the type of glory that was the same as what Moses received upon getting close to the promised land.  It is also the glory of someone like Abraham dining together with the Angel of the Lord.  David due to his patience did not rush to be a king, but he waited steadfastly until the appointed time when he was forgiven for all his sins.  Gathering altogether the materials that were used in building the temple that will be the house of the LORD was an honor also for David.  But of course, the entire honor belongs to God alone.

Due to the vulnerability of man to sin, God will not allow the man to take credit for what God does.  This may lead others to falsely recognize their fellow men that they deserve the praise and blindly follow them and be their god.  However, we are certain that these things will not happen without His will. The word glory is very clear in translation that glory is honor or dignity.

When God has chosen you to be with Him so that you may find what you are missing beforehand and without hesitation, you then submit your Free Will.  That is one great opportunity to become one of His elect.  The Calvinism belief works in this regard to predestination.  We have so many loads on our shoulders that we should settle to make the load bearable by knowing first who we are.

God will not give His glory to another. He is the blessed and only Ruler, who lives in unapproachable holy of holies, the beaming light that reaches the earth but unreachable to human. “To him be honor and might forever. Amen” (1 Timothy 6:15–16). The Lord our God has the highest glory and honor and power and authority—Revelation 4:11.  Even the mightiest angels in heaven cannot look at upon Him—Isaiah 6:1–4.

God will not give His Glory to another.

Jesus made an astounding prayer which made Him known as Jesus the High Priest when He prayed, “And now, Father, glorify me in your presence with the glory I had with you before the world began” (John 17:5).  Three things of note here:

I-Jesus prayed for glory to the Father

a) Jesus is not the Father as the Oneness believers claimed.

b) When Jesus was in human form, this seems that he lost his glory (glorified body?)

II— Jesus was asking the presence of God; that made this analogy; that the Spirit of the Father is not with him. He is fully human at the time speaking of himself and not of the Father.

III—Jesus’ glory is dependent on the glory of the Father.   In other words, Jesus asks:

a) The Father would not give His glory to another.

b) The reason for Jesus to lost his glory because of his mission of redemption as human and not as God.

c) Jesus as the pre-existent Son of God means he already possesses that divine glory.

Who are we to make an assumption of Jesus’ prayer? As a seeker of the truth to give light to some degree of ambiguity Is Jesus’ mission to redeem the people of the world is his primary reason or there was something else? When Jesus said that he will give the authority and power given to him by the Father as soon as his entire enemy will be under his feet so that God will be all in all. Jesus, the faithful witness, Son of God is worthy to have his glorious throne—Matthew 25:31

The Hebrew word which is used for glory in the Old Testament has the simple meaning of “heaviness” or “weight”.  It was used in everyday speech to express the worth of a person in the material sense, and then to express the ideas of importance, greatness, honor, splendor, power, good reputation, intelligence, knowledge judgment and so on.

Adam was created in the image of God and obtained all of these perfect attributes of God but because of disobedience the sin was unearthed and allowed to share in the lives of humanity, thereby, Adam lost all the glories that we should have inherited instead of sin.  Lost Paradise, lost glories and lost souls that have been the human mission to reclaim, and the only way is to find the way back under the wings of God.  Sin, as it entered the human lives, made us the perfect imperfection of His creation and became the lost treasures of humanity which are the perfect life.  Every glory of the Father has been denied to humans as He said, He will not share His glory to anyone especially the carved images.

Spiritual is about God and no one else besides Him. With the knowledge that God is a Spirit and spirit gives life therefore God is life.  That is simple.  We can define God in this contained physical world but God cannot be limited to one single or simple definition, God is limitless, unsearchable with immeasurable sovereignty.

Origen one of the early church fathers in the 3rd century presented three interpretations of the Kingdom of God:

1) Jesus himself represents the Kingdom.

2) The Kingdom represents the hearts and minds of the faithful believers by the love of God and by Christian teachings.

3) Interpretation is that the Kingdom represents the Christian church composed of faithful believers.

To this date, there are interpretations that the kingdom of God is the government of God.  We can surely settle these interpretations to a simpler and more understandable view; when we put these two with the wisdom of God; the kingdom is here now and governed by God with the Son. As soon as Jesus fully receive the kingdom on earth and declared the King of kings and Lord of lords. The earth will be fully secured and safe.

We are the kingdom under God. 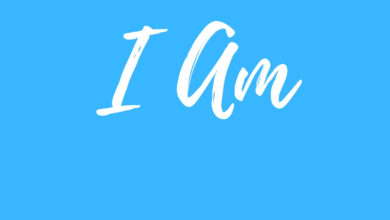 Introduction to Great “I Am” Series