This life for all of us has too many challenges that cannot be won.  For example, some walked away from the faith and sold their souls to the deceitful offer by the followers of the father of lies. Many don’t care what the future brings because their hope of living in eternity has diminished. What is life if you cannot enjoy it? What is happiness when there is no loneliness? What is to be wealthy when you are also surrounded by the same affluent people? How can you say you are rich when there is no poor? How can you say you are successful when there are no failures? With all these things in mind, are you not worried about your satisfaction, who you are, what are you confused about, why you are here today, and what is the purpose of your life?  Maybe you want to know the truth about life which is also a mystery to many.

The natural response to all our dilemmas is more on our physical well-being, like what we are going to eat, what we are going to wear, how do I look, what I need to do to be successful?  It is all about I; I want to be like this, I want to be like that, and comparing yourself to the success of others; why they are fortunate and I am not? And maybe you are those who strive hard to better your life but it didn’t work and in the end, when you feel helpless and hopeless you blame your parents for bringing you here into this troubled world with nothing compared to those who were born with a golden spoon. Because of fear with God, you don’t want to point fingers at Him for all the misfortune you may be having,  and since He predestined the human soul, why did He not make a worry-free living for everyone.

God created everything with His pleasure and glory.  He didn’t create us with the burden on our shoulders.  He created the first man, Adam,  perfect like He is, and gave him the freedom to do what he wants to do,  and eat what he wants to eat except for one that will bring misery to humanity. What happened then? When Adam disobeyed the only rule, it invited the sin to enter the world that made his descendants the perfect imperfection of God’s creations, a by-product of Adam’s imperfection that carries the sinful nature of man. Seth the third son of Adam declared in Genesis 5:2-3; When God created man, he made him in the likeness of God. Male and female he created them, and he blessed them and named them Man when they were created. 3 When Adam had lived 130 years, he fathered a son in his imperfect likeness, after his image, and named him Seth. (emphasis is mine)

First, we have you LORD Almighty then you sent us your Son our mighty brother Jesus that through him the world may be saved and start calling on you LORD of Host.  The world ignored the goodness of the message that prevents them to hear the truth and power of your saving grace but because of your love to all your creations, you didn’t hesitate to send the Holy Spirit as requested by the Son Jesus that will take his place and upon acknowledging the Holy Spirit of God of His existence, He readily dwells amongst us. People with a hard heart and an itchy ear will not have this opportunity because they won’t be able to readily understand the mystery of life together with the Holy Spirit, and the light won’t be able to shine brightly in their hearts.

Adam’s disobedience permitted the Sin to enter the world, and the first recorded sin of disobedience was adultery when they ate the forbidden fruit. The second was murder when Cain killed his brother, Abel, due to envy which can count as the third. Though there’s no law in human government about envy, it is God’s standard and perfection for humans not to be envious. Jealousy could be a factor also why Cain killed Abel when God gave favor to Abel’s offering. But isn’t that we are created in the image of God, which means we have the gift of jealousy. God is a jealous God. After the fall, jealousy became dangerous and that gift was stripped because of human imperfections. Humans no longer possess the perfection of God because sin and sin separate us from God and it means we are stripped of God’s perfection.

During that time there’s no law about murder, but when Abel seeks justice then God reacted to his cry. The human government began and human law was formed during Noah’s time, but human law is not enough for God not to be involved, God gave the law to Moses, and the law that He had written with His fingers became the commandments to be followed by His chosen people, Moses followed the command and handed it down to the first recipient of the law—the Israelites. They became on and off followers of God’s commandments.  That’s how we can partly describe the difficulties of life. It’s not God’s plan for us to experience the unbearable pain and suffering with human flesh. We are experiencing all the challenges in our body; illnesses, fear, confusion, physical and spiritual death because we cannot refrain from committing sins that oppose God’s master plan of perfection for humanity.

It is no longer new to us that every time someone is leaving the congregation preaching the imperfection of the church is very common. If we are seekers of the truth, we do not want to hear it coming from the mouth of the leaders, because it only supports that the church they are preaching about is not from God. God is perfect and the church building cannot be perfect because in the absence of the body of believers it cannot be called a church. Our body is the temple of God and fellowshipping with God is 24/7, day and night, and not one or two hours once a week. Sometimes it takes more time to prepare going to church than to praise and worship the LORD.

Gatherings of believers are biblical and we do not need to have a specific location, time, and day to do it.  The church that Jesus Christ built is in everyone’s heart. It is our rock within us that cannot be shaken and if the heart is not willing to accept its foundation then it is not the rock that Jesus mentioned. It needs strong faith to confess that the church Jesus built is within you, and the union of the Body of Christ can be called the chosen ones.  The Bible says that the Holy Spirit is present whenever and wherever believers gather together—Matthew 18:20.  The early church made their gathering, eating, and worshipping together either in a tent, foot of the mountain, or in the house when available as recorded in Philemon 1:2, Acts 20;20, Acts 5:42,  Acts 2:46, Colossians 4:15, Romans 16:1-27 and much more.

Hebrews 10:25 (NKJV) “…not forsaking the assembling of ourselves together, as is the manner of some, but exhorting one another, and so much the more as you see the Day approaching.” Many members of the congregation have more than enough hearing their own version of “do not neglect to go to church” it’s because their absence is a collection loss. “Better is one day in your courts than a thousand elsewhere; I would rather be a doorkeeper in the house of my God than dwell in the tents of the wicked. For the LORD God is a sun and shield; the LORD bestows favor and honor; no good thing does he withhold from those whose walk is blameless. O LORD Almighty, blessed is the man who trusts in you. Psalm 84:10-12.

Jesus goes to the synagogue “As he always did on the Sabbath, he went to the meeting place. When he stood up to read, he was handed the scroll of the prophet Isaiah..”— Luke 4:16. Many leaders of the institutional church will use the way Jesus prioritized meeting together with other believers in a given building (synagogue) and advised the followers to do the same. Remember Jesus was obedient to the Law of Moses which was the prevailing spiritual law at that time and it is not appropriate to teach the New Testament believers who are under grace and not under the law to follow.

God is a Spirit and the Spirit of God gives life to human souls. Humans are formed from the dust of the earth therefore we can say that human souls are made up of many cells and cells survive due to the presence of chemicals. Any deficiency of these chemicals can cause the body to be weakened and can lead to death and then corruption. God didn’t create humans to live forever but only for an apportioned time. Biblical time humans lived hundreds of years, and as humans continually sin in the face of the earth, it started to get shorter for a certain race it was 70 years and other races up to 120 years if they live more than the ascertained time, many Christians called it a bonus to be thankful.

What is the meaning of life living forever when everyone you love passed away when pain and suffering still have the same weight to carry? What will be the joy when you see someone struggling to live a decent life?  How would you feel success when there is a failure waiting to take any moment. Life will only be meaningful when we are victorious to any wicked attacks when we please God when we accomplish what He wants us to do, like helping the needy but the outcome of that help must also be in line with God’s standard. Helping the wealthy congregation is a good example which is recorded in Proverb 22:4— “The reward for humility and fear of the LORD is riches and honor and life.” And a warning to those who cheat the less fortunate for his advancement or give gifts or favor to the rich is both ways a loser.

“He who oppresses the poor to increase his riches, And he who gives to the rich will surely come to poverty.” Proverb 22:16 New King James Version

When ten (10) Lepers approached Jesus for help, Jesus instead of healing them he sent them to a priest nearby for healing, and when they were done only one came back to thank him. Jesus may know ahead of time that this will be the result and would have had a better use for it for a heavenly and profitable time. Why help someone we feel needs help when they have other resources that can fill their needs. Teaching people to be lazy is biblically wrong and helping them long-term will only jeopardize what you and your family need.

Life is more meaningful when we reach the goal of knowing the truth. The sincerity of our pursuit for the truth will bring the reality of what we hope for—To be Closer to God. 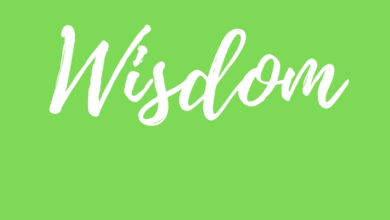