The terms catholic evangelical and evangelical catholic combine two descriptive words that often seem contradictory to post-Reformational ears. They are relatively new constructions that are sometimes used by Christian believers who consider themselves both “catholic” (i.e. part of the “one holy catholic and apostolic Church” described in the Nicene Creed; cf. Ephesians 4:1-7) and “evangelical” (i.e. holding to and proclaiming the apostolic gospel of divine grace; cf. Galatians 1:6-9).

When used in the nominative case, catholic evangelical (where of course evangelical is the noun with catholic modifying) more specifically refers to evangelical Protestant Christians who desire to be understood as identifying themselves with the historic Christian Church in its development and its creeds, etc.

These Christians tend to believe in progressive illumination (which is different from the progressive revelation that most evangelicals and Catholics alike believe ended with the Apostles appointed by Christ), and believe that the early ecumenical councils and the Protestant Reformation were both parts of that progressive illumination of the Holy Spirit. Therefore, they remain separated from the Bishop of Rome. They may include those who would also be considered Lutheran, Anglican, Reformed, Baptist, or Pentecostal, etc.

Likewise, in the nominative case evangelical catholic (where catholic is the noun with evangelical modifying) can refer to either evangelical Protestant Christians who consider themselves catholic first, and perhaps seek closer communion with Rome, or particular churches that are in communion with the Roman Catholic Church and also want to identify themselves more closely with evangelical Protestants, or who want to describe themselves according to a more open worship style or a penchant for evangelism. They may include specific Eastern Rite Catholic Churches or churches that are not in union with the Bishop of Rome.

In Lutheranism, the term evangelical catholic (cf. Evangelical Catholic Lutheran) has a special meaning. It is often used instead of High Church Lutheranism (as are the terms Anglo-Catholic and Old Catholic in their respective traditions) because it is a more theological term.

The term evangelical has a very different origin and meaning in Lutheranism than in evangelicalism generally. Basically it means nothing in doctrine to contradict the gospel. The Augsburg Confession stresses that “in doctrine and ceremonies nothing has been received on our part against Scripture or the Catholic Church”

In early Lutheranism the Gnesio-Lutherans like Andreas Musculus with a strong understanding of the sacraments, and in the era of Lutheran orthodoxy theologians especially like Martin Chemnitz and Johann Gerhard, who were deeply rooted in patristic theology, saw the continuity of Catholicism in Lutheranism.

They understood it to be not a reformation of the Church, but rather, a renewal movement within and for the Catholic Church, from which they had been involuntarily and only temporarily separated. The Gnesio-Lutheran party, especially, were strongly opposed to any compromise with Calvinism and Zwinglianism on the one hand, and with the Roman Catholic Church on the other. They were strongly opposed to disciples of Philipp Melancthon called Philippists, and the accommodations they made with Calvinists in the preparation of the Formula of Concord.

The Evangelical Lutheran Church in Canada states its doctrinal basis: “We derive our teachings from the Holy Scriptures and confess the three ecumenical creeds of the Christian church. We hold to orthodox catholic theology as enunciated in the ecumenical councils of the first five centuries of Christianity.” Source: Wikipedia

Debt According to Scriptures 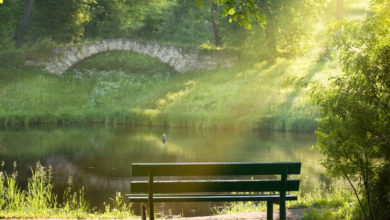