In the beginning, God created the heavens and the earth. And the earth was without form and void, and darkness was upon the face of the deep. And the Spirit of God moved upon the face of the waters (Genesis 1). By Christians’ tradition, the highest heaven is considered the abode of God, and in other tradition, heaven is a Paradise like the garden of Eden while  other teachings it is claimed that there are seven heavens and there are heavens where the wicked and the righteous can come in and out; and there is also a notion that third heaven is a place where the angelic warriors reside.

Judaism and Islam’s specifically mentioned seven heavens in their doctrine while in Christianity they just believe that Paul mentioned only the third heaven, and from there they believe in three heavens.  However,  many Christians disagree that when God created the heavens and the earth it was just one time, so therefore, God created the seven heavens in one-day creation. God did not create heavens for individual religion. God created the seven heavens to house all His children rich or poor, male and female. All human beings belong to God, and religion which is man-made should not be a barrier to be living as one spirit on this earth.

All descendants of Adam that embraced the light will not witness the judgment of those who live in darkness together with all the fallen angels that rebelled against God before the time began.  The sons of God will be transported with jubilation to another dimension where they will not be able to experience how the judgment is being done. Rapture is a general euphoria, a heavenly event with supernatural guidance by the Divine Spirit.

Rapture is not specifically written in the Bible but exaltation does, and both these words  have the same meaning and were written 26 times in thirteen (13) books of the Bible. Only those who are doomed to be judged will not be exalted.

Hell is the destination of the doomed and was never mentioned in the Old Testament and hell was only mentioned once by Peter in the New Testament and he called it Tartaroo (2 Peter 2:4). Tataroo- is the abode of the wicked dead. It is hell as we all used to hear. It is reserved for eternal torment only for the fallen angels including the prince of this world.

Still confuse about rapture and heaven? The best way is to examine yourself why are you confused; secondly, look at who is speaking to you, is he your trusted pastor or your neighbors (people around you that could be your relatives, friends, and associates). Observe how they live their lives and you will find the answers.

These are some of the scriptures that can equate to rapture:

Samuel-1 2:10—The adversaries of the LORD shall be broken to pieces; out of heaven shall he thunder upon them: the LORD shall judge the ends of the earth, and he shall give strength unto his king, and exalt the horn of his anointed.

Psalms 37:34—Wait on the LORD, and keep his way, and he shall exalt thee to inherit the land: when the wicked are cut off, thou shalt see it.

Peter-1 5:6—Humble yourselves therefore under the mighty hand of God, that he may exalt you in due time:

Do not worry about hell just focus on how to go the heaven. 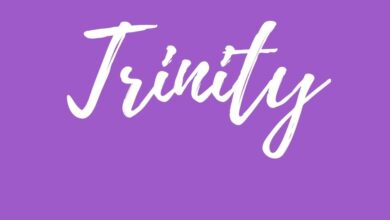