The Scribes and the Pharisees believed that God made a covenant with them through the Law given to Moses on Mt. Sinai by God.  The laws were given to Moses not only through His voice but a commandment written by His fingers. This reflects  God’s desires to guide humans to salvation. Humans draw close to God through obedience to the given laws. Before the law, sins were unknown to people, and innocence or lack of knowledge about the law is not an excuse to avoid the consequences of their acts. With the laws, people learned that humans are sinners.

As Paul said:God promised Adam that as soon as he disobeyed God by eating from the forbidden tree of the knowledge of good and evil, he would surely die. Adam’s rebellion brought sin into the world that made humans the perfect imperfection of God”s creations. Everyone is born into sin, therefore, humans by nature are sinners, and all fall short of God’s standard.

The righteousness of Jesus brought us into the knowledge of God, and his sacrifices that lead to his death on the cross gave us the sufficiency to be reconciled to God. When God said that through His Son maybe the world will be saved. He did save the sinners by wiping out the original sins with his blood. We were taught by the elders though we are still sinners due to weaknesses by the human flesh, but not the inherited sin before the cross.

The sins of the father are not also the sins of the son and vice versa. Jesus reconciled us to God and we become sons of God and by doing a righteous act, it will delight the Father. Jesus said: “The reason my Father loves me is that I lay down my life—only to take it up again. No one takes it from me, but I lay it down of my own accord. I have the authority to lay it down and the authority to take it up again. This command I received from my Father.”—John 10:17-18.

The measurements of righteousness are through obedience to God’s commandments. James 2:10— “If you obey every law except one, you are still guilty of breaking them all. … And whosoever shall keep the whole law, but offend in one point, is become guilty of all.”

The Ten Commandments represent God’s moral law. It reflects God’s character and love for humankind. He gave the laws or the commandments for people to level to His standard. The laws were written by God, not by utterance which He can easily do but He used His fingers for a reason and why He wrote the laws on the stones. This signifies solidness, visibility, and will last forever. Any violation of the laws violates God’s commands. The Lord Jesus summed up these laws as written in Matthew 22:36-40 but it didn’t mean that he changed the laws but instead made it more clear.

Obedience to God’s commandments made someone righteous. Many followers of Paul’s teaching about law and grace made the laws powerless and without respect to the laws of love (Ten Commandments).  Many Christians rejoice about being under grace without understanding that God’s command will never change. These teachings of Paul need a second look or seek what he means that Christians are not under the law but grace.

To Err is Human and to Forgive Divine 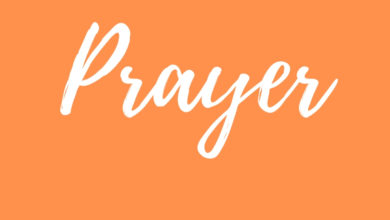